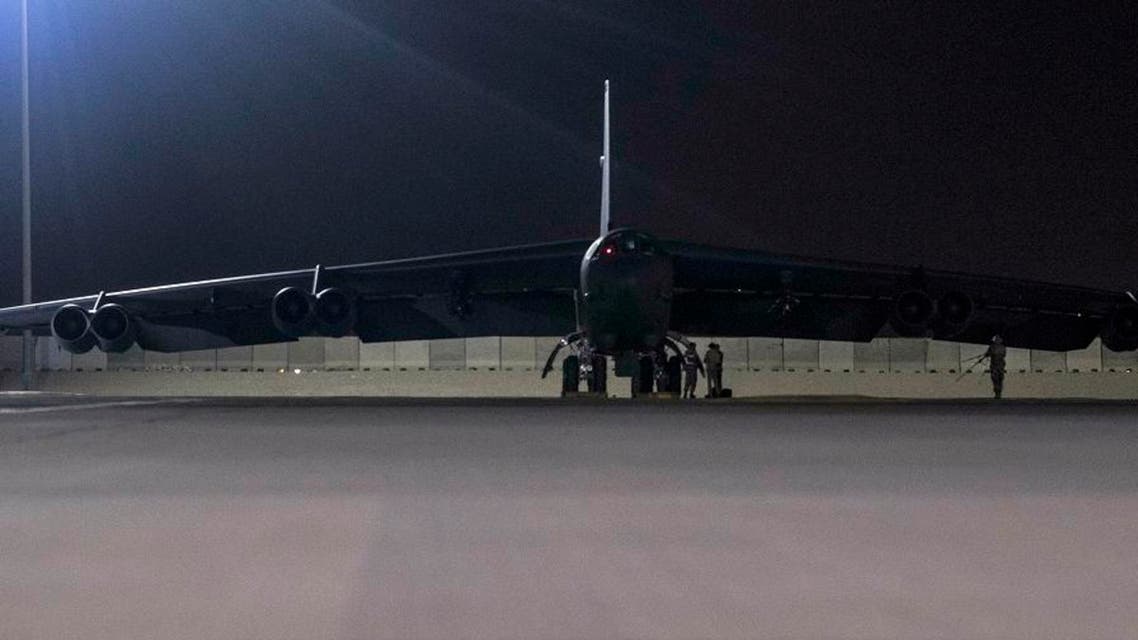 A B-52H Stratofortress assigned to the 20th Expeditionary Bomb Squadron is parked on the ramp at Al-Udaid Air Base, Qatar. (AP)
In a new show of military might, two American bomber aircraft took off from the United States and flew over a swath of the Middle East on Thursday, sending what US officials said was a direct message of deterrence to Iran.
https://englishbeta.alarabiya.net/en/News/middle-east/2020/12/10/US-B-52H-bombers-fly-over-Middle-East-in-mission-to-deter-Iran